In Memory of Sheryl Gumz Albers-Anders ’76

SHERYL GUMZ ALBERS-ANDERS ’76 of Cottage Grove, Wisconsin, died May 28, 2022. At Ripon, she studied art. She earned a law degree from the University of Wisconsin-Madison and a certificate in human resources from Madison College. She worked on the family farm, served on the Sauk County Farm Bureau Board, was a founding member of the Sauk County Women in Agriculture-Eagle Bluff Chapter, and was a member of the Wisconsin Mint Growers Association, Wisconsin Muck Growers Association and Wisconsin Drain Boards Association. She was elected to the Wisconsin State Assembly in a special election and served until her retirement in 2009. She also practiced law, worked in human resources at the Department of Corrections and had a private pilot’s license. She enjoyed sewing and tailoring, traveling, attending races and entertaining friends. Survivors include her husband, STEVE ANDERS; one son and four stepchildren; and seven siblings, including JOLANDE “JONDI” GUMZ ’75 and JOY GUMZ ’78. 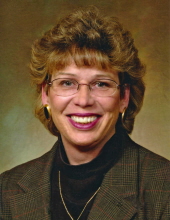