In Memory of Richard “Dick” Christensen ’58

RICHARD “DICK” A. CHRISTENSEN ’58 of Reston, Virginia, died Nov. 8, 2021. At Ripon, he majored in history, participated in Ver Adest, theatre, music, forensics, College Days and Sigma Chi, and was commissioned through ROTC. He received a degree in law and diplomacy from The Fletcher School of Tufts University. He served as an officer in the U.S. Army and later as a reservist. He was an economic officer with the U.S. Foreign Service for more than 20 years in Caracas, Venezuela; Bucharest, Romania; Zagreb, Yugoslavia; and Prague, Czechoslovakia. He then worked at Meridian International Center, introducing emerging international leaders to both official and unofficial America. He also was active in his local community. Survivors include two daughters. His wife, RHODA RODEGHIER CHRISTENSEN ’58, died in 2008.

See below for the full obituary text:

Richard (Dick) A. Christensen passed away peacefully on November 8, 2021 at the age of 85 in Reston, VA after a short bout with pneumonia. Dick passed in the presence of his loving daughters, Karen and Courtney. He was predeceased by Rhoda, his beloved wife of 49 years.

Dick was born and raised in Racine, Wisconsin, the son of George and Sylvia (Peshek) Christensen. He was an Eagle Scout, a graduate of Horlick High School and held a lifelong interest in music, starting at the young age of 9 when he began playing the accordion. He toured with the Boy Scout Drum and Bugle Corps in his youth, which sparked his interest in travel and exploring new places.

Dick was educated at Ripon College, where he earned a BA in History and at The Fletcher School of Tufts University, where he received a MA in Law and Diplomacy. During summers in college, Dick worked at Lassen Volcanic National Park in California, an experience which almost led him to a career as a Park Ranger, and which he held dear throughout his life. He spent two years on active duty as an officer in the US Army and later as a reservist.

Inspired by a fascination with different cultures and a civic commitment to service, Dick joined the US Foreign Service where he served as an Economic Officer for over 20 years. He held postings in Caracas, Venezuela; Bucharest, Romania; Zagreb, Yugoslavia; and Prague, Czechoslovakia. His facility with languages and genuine interest in people opened many doors for him. After retiring from the Foreign Service, Dick worked at Meridian International Center, where he was known for putting together programs on short notice that introduced emerging international leaders to both official and unofficial America and helped build mutual understanding and practical solutions to our global challenges.

Dick will be remembered by the many whom he touched as a good, kind and generous man, deeply interested in others and in the world around him. He lived everyday Christian values, always giving generously to his family and community, and sparing others criticism and complaints. Inspired by Frank Lloyd Wright’s buildings in his hometown, he developed a love of modern architecture which he passed on to his family. Always intellectually curious, Dick knew “something about everything” and remained proud of his appearance on Jeopardy in the 1960s.

He, and his late wife Rhoda, were among the early residents of Reston where Dick was active on the Inlet Cluster board throughout his 50 years in Reston. His later years were filled with volunteer activities to enrich his community — at Travelers Aid at Dulles Airport, as an active member of St. Anne’s Episcopal Church, a stream monitor, a regular blood donor, an usher at Arena Stage in Washington, DC and an election officer in his local precinct.

A service is being planned at St. Anne’s Episcopal church in Reston. In lieu of flowers, please honor Dick by making a contribution to the Alzheimer’s Association, The National Park Foundation, or to a charity that is important to you. 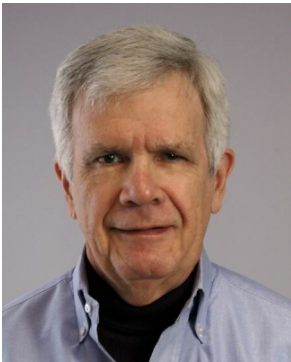