In Memory of Myron Dudek ’50

MYRON DUDEK ’50 of Bensenville, Illinois, died April 7, 2016. He served in the U.S. Navy in the submarine service for three years during World War II. He then attended Ripon for one year. He was a postal clerk for seven years; a partner in the Dudek-Jensen Insurance Agency in Racine and Milwaukee for 15 years; and administrator of the Central Baptist Home in Norridge, Illinois, for 18 years. He also was active in the North American Baptist General Conference churches in the Christian Education Ministries and their state summer camp programs, as well as numerous community programs. Survivors include his wife, Caroline; one son and two daughters. 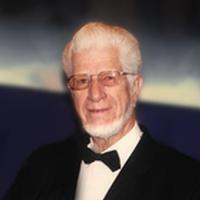