In Memory of Michael Paul ’89

MICHAEL PAUL ’89 of Portage, Wisconsin, died Jan. 25, 2022. At Ripon, he played football. He led the A&W Drive-In in Portage. He also was active in the community, serving as an alderman for the City of Portage and on the Board of Zoning Appeals; coaching Portage Youth Football; and serving in various ways at Grace Bible Church. Survivors include his wife, Ronda; three sons and two daughters.

PORTAGE – Michael Paul, age 55, of Portage, passed away on Tuesday, January 25, 2022, at his home with his loving family by his side. After a three-month battle with cancer, he is completely healed in the presence of the Lord.

Michael was born on November 2, 1966, in Beaver Dam, Wisconsin, the son of Raymond and Lovice (Hamley) Paul. He attended Randolph High School where he discovered his passion for football, playing under Coach Pat Winch, whom he greatly respected. On defense, Mike played middle linebacker (ironically called the “mike linebacker”); on offense, right tackle. He worked hard at those positions and developed an attitude of “always give your best effort.” After graduation, Michael’s experience at Ripon College was highlighted by continuing his passion for playing football as a linebacker. In college, he built on his attitude of “always giving his best effort,” spending many hours in the weight room in preparation for being a leader on the football field. He appreciated the friendships that developed while working hard towards a similar goal with his teammates in both high school and college.

He married Ronda Roberts in March 1987, and they devoted their lives to serving others through hospitality at the A&W Drive-In, Portage. Michael had high expectations for all his employees, challenging them to “always give their best effort” and to make their customers’ day special. “Mr. Paul” was a “father figure” to many of the teens he employed, and a friend to the adults. He poured into his employees, teaching them how to selflessly serve others and modeling a strong work ethic.

Community was important to Michael. He served the City of Portage as an Alderman and was on the Board of Zoning Appeals. He also coached Portage Youth Football focusing on, not only technique and strategy, but also teaching some of the same life lessons he learned as an athlete. Michael also served in various ways at Grace Bible Church.

Michael’s children will remember dancing in the kitchen to “the oldies” with him, spontaneous wrestling matches in the living room, and listening to his imaginative bedtime stories. He graciously gave the gift of time to his children. When they encouraged, “Come play with me, Daddy,” the “castle men” would be arranged for battle with creative, valiant storylines, and tea parties would be served in child-sized tea cups. As much as Michael enjoyed watching his children play sports, it was playing catch in the front yard or basketball in the driveway with them that he treasured most.

His wife will remember his humor and compassion for others that first captured her heart, his willingness to love her unconditionally, his amazing ability to problem solve situations and fix anything that was broken, and his attitude of thankfulness, but it was their final dance together in the kitchen to Louis Armstrong’s “It’s a Wonderful World” that she will treasure most.

Michael was a gentleman. He loved the Lord, and he loved people. He delighted in engaging conversations and a competitive game of euchre. Time spent with God, family, and friends was precious to him.

The family would like to extend a sincere thank you to the SSM Health staff who compassionately cared for Michael and all those who uplifted the family with prayers, cards, text messages, food, and other gifts as they walked through this dark valley of cancer. The Paul family has been humbled and comforted in so many ways by the love they have received. They have seen God’s grace generously poured down on them. The void and the earthly sorrow that lingers in their hearts is wrapped in the eternal joy of knowing that Michael is face to face with Jesus. Thank you, Jesus! 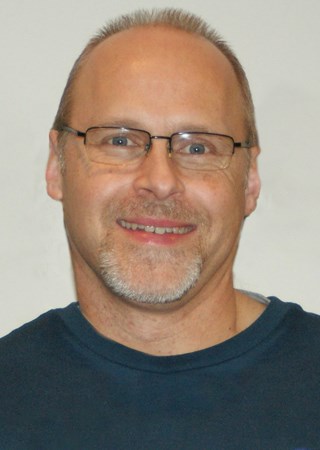