In Memory of Jeffrey Clark ’76

JEFFREY P. CLARK ’76 of Poynette, Wisconsin, died May 9, 2021. At Ripon, he majored in economics and participated in baseball, Phi Kappa Pi, Phi Beta Kappa, Partners in the Legacy and other Ripon memberships. He received a law degree from the University of Wisconsin-Madison.

He worked for his entire 42-year career at Lathrop (later Boardman) & Clark. He served as president of the State Bar of the Wisconsin Elder Law & Special Needs Section and of the Wisconsin Chapter of the National Academy of Elder Law Attorneys. He loved sports, especially the UW Badgers football and basketball, and played curling and golf. He enjoyed landscaping, history and travelling. Survivors include his wife, Susan; son ADAM CLARK ’07; daughter LAURA CLARK CULLINANE ’02; and brothers JAMES CLARK ’68 and JOHN CLARK ’71.

POYNETTE – Jeffrey P. “Jeff” Clark entered the world on June 20, 1954, into the hands of close family friend, Dr. Stevenson, at Dr. Focke’s Poynette Hospital, a mere 75-feet from the Clark residence, and passed away peacefully at home in his native Poynette on May 9, 2021.

The son of James and Gloria Clark, Jeff married Susan Kutzke at the St. Thomas Catholic Church in Poynette on Aug. 5, 1978, and together they raised two wonderful children, Laura and Adam, who have continually expanded their horizons and currently reside in Ireland and Hong Kong respectively. After graduating from UW Law School in 1979, Jeff worked his entire 42-year career at Lathrop (later Boardman) & Clark, practicing primarily in the Poynette area. While enjoying a general practice, Jeff was especially gratified by his specialization in elder law, where he took particular pride helping his clients gain peace of mind by getting their fiscal “house” in order. He served as President of the State Bar of the Wisconsin Elder Law & Special Needs Section, President of the Wisconsin Chapter of the National Academy of Elder Law Attorneys, and was chosen for the Member of the Year Award by the Wisconsin Chapter of the National Academy of Elder Law Attorneys in 2019.

In high school, Jeff fully participated in football, basketball and baseball. Jeff continued this love of sports as a 40-plus year season ticket holder to UW Badgers football and basketball, rarely missing a game. Sporting a RZBOWL license plate for over a quarter-century, Jeff’s steadfast loyalty was rewarded when he twice-fulfilled a lifelong dream, traveling to watch his beloved Badgers compete in two Rose Bowls and two Final Fours. Until recently, Jeff was an active member of the Poynette Curling Club and member of the Portage Country Golf Club. Jeff enjoyed the competition and camaraderie of each sport in equal measure.

Jeff was also an avid amateur landscaper. Part hobby, part fixation, Jeff (and his family) battled rocky soil, floods, muskrats, and more for over three decades, slowly crafting a serene backyard where Jeff and Sue enjoyed grilling and relaxing on the deck, observing the fruits of their labor. While partial to his native Wisconsin, as a history buff, Jeff enjoyed traveling to experience new cultures and visit his kids, venturing to Mexico, China, Ireland, Italy, Portugal and Eastern Europe.

A beloved husband and father, Jeff will be sorely missed by his family.

He is survived by his loving bride of 42 years, Susan; his children, Adam (Sophie) Clark and Laura (Sean) Cullinane; grandchildren, Liam Cullinane and Valorie Clark; his 99-year-old mother, Gloria Clark; as well as his brothers and sister, James (Martha) Clark, John (Patti) Clark, and Cynthia (John) Loescher; and numerous in-laws, nieces, nephews and many more. Jeff was preceded in death by his father, James Clark.

Mass of Christian Burial will be held at ST. THOMAS THE APOSTLE CATHOLIC CHURCH in Poynette on Monday, May 24 at 1 p.m., with Father Dan Sanders presiding. Inurnment will be private at Hillside Cemetery. Visitation will be at PFLANZ MANTEY MENDRALA FUNERAL HOME in Poynette on Sunday, May 23 from 3 p.m. until 6 p.m. Masks and social distancing rules will be observed at the funeral home, with a limit of 50 people attending at one time.

In lieu of flowers, the family requests donations be made to Friends of the MacKenzie Center or to The Clark Family Scholarship, which is awarded annually to one or more deserving Poynette High School senior(s) to help with tuition costs.

The Pflanz Mantey Mendrala Funeral Home in Poynette (www.pmmfh.com) is assisting the family. 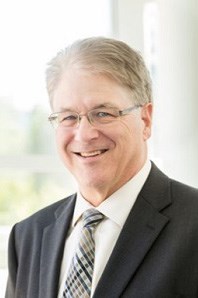