In Memory of Henry Holzkamper ’62

HENRY AUGUST HOLZKAMPER ’62 of Bonita Springs, Florida, died Nov. 14, 2020. At Ripon, he studied business management, participated in student athletics and was a Partner in the Legacy. He also earned a business administration degree from Elmhurst College and served in the U.S. Navy. He had a varied career. He worked as a distributive education teacher and in real estate rentals and operated a powerboat charter business in the Virgin Islands. He was in the first group to experience zero gravity, sailed his sailboat three times from Chicago to the Virgin Islands and back and another time solo from Bermuda to New York. He loved adventure and telling jokes. Survivors include his wife, Jan; and two daughters.

Henry was born and raised in Chicago, the son of Henry August and Dorothy (Weinecke) Holzkamper. He showed a sense of entrepreneurialism beginning at the age of 6. Henry graduated from Lane Tech High School and Elmhurst College and immediately joined the Navy.

Henry was a remarkably good man and didn’t know he couldn’t do it. He was in the first group to experience Zero Gravity. He sailed his sailboat three times from Chicago to the Virgin Islands and back and another time solo from Bermuda to New York. He started his career as a distributive education teacher and enjoyed that, until he read a book on How to Get Rich in Real Estate and began to accumulate apartment rentals. After the high interest rates of the 1980s hit, Henry bought a powerboat and started a charter business in the Virgin Islands. He was the most booked boat in the Carribean! In 1995, Hurricane Marilyn totaled the boat – with him on it, only to be held up at gunpoint and knife the next morning. He moved to Florida and started over, buying small apartments. He was a one-man show, fixing them up and renting them. He will be remembered for Henryisms, “strangers are friends you haven’t met yet”, “better to waste than to my waist”, “the way to do this is…”, and best of all, “life is a participatory sport”.

One of the things Henry loved to do was to tell jokes – and laugh harder than anyone, no matter how many times he told it. He lived his life with curiosity as his friend. He loved adventure, the more unique and thrilling, the better. He had set out to live to be 120 years old.

He is survived by his loving wife, Jan Moore, daughters Heidi (Scott) Bernover, Holly (Anderson) McGregor and grandchildren Harrison Bernover, Tekla McGregor, Pippa McGregor, Hayden Bernover and Isla McGregor. He was so proud of all of them!

A private memorial service will be held. In lieu of flowers, donations may be made to St. Jude Children’s Research Hospital by visiting www.stjude.org/donate or the Community Pregnancy Clinic of Florida.

To sign his guest register or to leave online condolences please visit www.ShikanyFuneralHome.com

Arrangements are being handled by Shikany’s Bonita Funeral Home Family Owned and Operated since 1978. 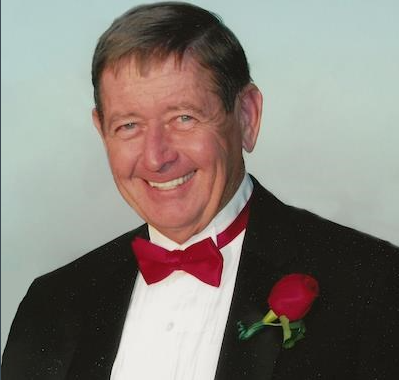