In Memory of Edward Simeth ’69

EDWARD F. SIMETH ’69 of Appleton, Wisconsin, died Dec. 21, 2021. At Ripon, he majored in history, served as a resident assistant, was a member of Phi Delta Theta and was commissioned through ROTC. He received a master’s degree in counselor education from the University of Wisconsin-Oshkosh. He worked for 30 years in industrial sales with his brother, Steve. In his younger years, he played football, basketball, racquetball and softball. He later enjoyed the outdoors, skiing, biking, camping and kayaking. He enjoyed learning and reading, including studies of Christian literature, health, finance, nature and psychology. He also sang in his church choir. Survivors include one son and two daughters.

Appleton – Edward F. Simeth, 77, of Appleton, left this life for his next adventure on December 21, 2021. He was a devout follower of Christ and was looking forward to being with Him in Heaven.

If you knew him, you already heard his life story, but for the uninitiated, Ed was born to Audrey and Edward L. Simeth on December 18, 1944, in Milwaukee. Ed often impressed family by remembering the first and last name of every neighbor, classmate, and teacher he had from former haunts such as Hales Corners, Marquette High School, and Ripon College. He was generally a rule follower but there have been rumors of blowing up someone’s lunch and sneaking ducklings into a science class. Despite any alleged shenanigans, he managed to obtain a totally legitimate master’s degree in education guidance from UW Oshkosh. He put it to good use for more than 30 years in industrial sales with his brother Steve. One of the joys of his work was getting to know his customers and many counted him as a friend. Ed never met a stranger and wanted everyone to know how unique and important they are.

Ed was full of life and loved being active outdoors. He was a gifted athlete as a young man, and loved to recall achievements in football, basketball, racquetball, and softball. Later in life, some of his greatest joys were skiing, biking, camping, and kayaking. Ed was known as a “gear head” and intentionally bought two of everything so that friends could share in his outdoor adventures. One of his most special life achievements was hiking a portion of the Ice Age Trail.

He was very generous, exuberant, often irreverent, always playful. He was curious and loved to learn. His bookshelves were full of Christian literature, health, finance, nature, and psychology books. He loved singing in the church Choir and blasting music.

He is survived by his children Anna (Tom) Beno, Peter Simeth, and Rachel Simeth, as well as his brother Steve (Denise) Simeth. Ed was preceded in death by his mom and dad, brother James, and son Joel.

A celebration of Ed’s life will be held in the spring or early summer, and will be announced nearer that time. There may or may not be a bounce house, but there will certainly be good food and laughter.

Please see Ed’s page at wichmannfuneralhomes.com to express condolences and for further information regarding services as they become available. 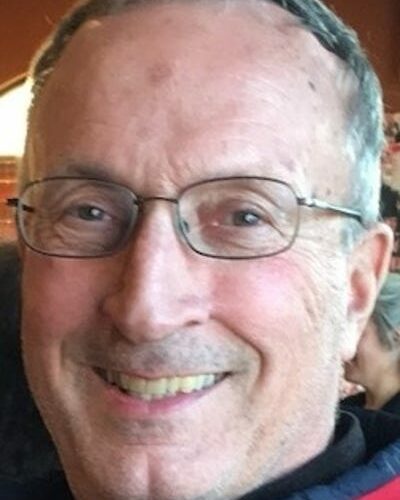