In Memory of David Kennicott ’68

DAVID L.  KENNICOTT ’68 of University Place, Washington, died Aug. 31, 2021. At Ripon, he majored in philosophy. After serving the Army in Fort Knox and Bübligren, Germany, he received a master’s degree in library science from the University of Wisconsin-Oshkosh. He was the branch administrator for the Pierce County Library Systems for more than 20 years. He enjoyed traveling, visiting California, Hawaii, Europe and all parts of the northwest United States and southwest Canada. He loved crossword puzzles, traveling to car races and rally races, collecting model cars and toys, and gathering and dispensing facts and information. Survivors include his wife, Elaine; and one son.

David Langdon Kennicott
October 8, 1945 – August 31, 2021
University Place, Washington – David Langdon Kennicott was born October 8, 1945, and died August 31, 2121. He was at home with Kaiser Hospice and surrounded by his loving family and friends.
David is preceded in death by his parents, Hiram and Mary Kennicott, and his brother Hiram. He is survived by his wife Elaine, his son James (Copper), his fierce granddaughters Hazel and Juniper, his sister Susan Tappert (Kenneth), numerous nieces and nephews and a dozen of the most loved and nurturing friends from first grade and college anyone could ever have. They’ve kept him on his toes.
David was born and raised in Highland Park, Il, and attended grade and high schools in his hometown. He received a Bachelor’s Degree in philosophy from Ripon College in Wisconsin. He was drafted into the Army in 1968 and served in Fort Knox and Bübligren, Germany where David and his first wife, Nancy, learned to love German food and enjoyed traveling about Europe.
Life happened, and in 1971 he met his sister’s physical therapy roommate and married the love of his life, Elaine Earley. They have lived just short of 49 years together. David used the GI bill and received his Masters degree in Library Science from the University of Wisconsin-Oshkosh. He was born to be a philosophic librarian with his encyclopedic memory for facts—both little known and long buried—and enumerable songs, ditties, and sea shanties.
David and Elaine lived in Highland Park for the first years of their marriage and moved out to the wild west in 1984 to be with many of his college and childhood friends with whom he kept in close and loving relationships with since first grade and college.
They both formed close friendships with Pierce County Library staff and the Home Care staff of Group Health. He worked as the Branch Administrator at Pierce County Library systems for over 20 years.
David enjoyed traveling with family and friends visiting California, Hawaii, Europe and all parts of the Northwest US and Southwest Canada. He loved crossword puzzles, traveling to car races and rally races, collecting model cars and wonderful toys, and gathering and dispensing wanted (and sometimes unwanted) facts and information.
He will be missed. Have a Rum and Coke looking out at a sunset over water.
Donations may be made to: Pierce County Library Foundation- Kaiser Hospice- Planned Parenthood—and the American Lung Association. 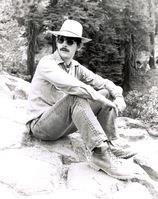