DAVID H. REDEMANN SR. ’60 of Lakewood, Washington, died Sept. 14, 2022. At Ripon, he majored in physical education, participated in Phi Delta Theta/Alpha Phi Omega and was commissioned through ROTC. He received a master’s degree in counseling from the University of Wisconsin-Oshkosh. He served in the U.S. Army and was stationed in several parts of the world, his favorite being Kailua, Hawaii. After two tours in Vietnam and 30 years of military service, he retired as a lieutenant colonel. He enjoyed camping, traveling, grandchildren’s sporting events and activities, and holiday dinners. Survivors include his wife, Donna; one son and three daughters; and grandchildren, including DAVID H. REDEMANN III ’14. 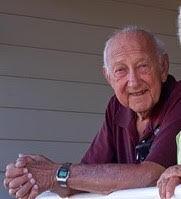